For this 2020 update, Tata engineers have tried to improve the Harrier’s NVH (noise, vibration, harshness), which was one of the sore points of the 2019 version. The engine mounts have been softened for better absorption of vibrations, additional sound insulation has been used, and the injection timing of the BS6 engine has been recalibrated for more progressive combustion, thereby reducing the harsh diesel clatter. Our sound meter did indicate lower decibels at idle, but the diesel rattle is still audible inside the cabin, and it becomes louder with an increase in engine speed. Road noise too is on the higher side. Vibrations have been reduced, but some still filter through the pedals, steering wheel and gear lever. Refinement, overall, is still not as good as the MG Hector, which is considerably quieter with fewer vibrations, despite using the same engine.

Engine more refined, and now makes 30hp more than before.

Speaking of which, it is the same FCA-sourced 2.0-litre diesel engine as before, dubbed ‘Kryotec170’ in this BS6 avatar. Power has been bumped up by 30hp to 170hp thanks to a new, larger turbocharger, so it now makes as much power as the Hector and only 3hp less than the Jeep Compass, which also uses the same engine. The Harrier’s torque output remains unchanged, so all the three cars sharing this engine make an identical 350Nm of torque.

Tata has tuned this diesel engine rather well, and it is very drivable, with turbo lag being nicely contained. The additional 30hp can be felt once the turbo spools up past 1,800rpm, after which there is a noticeable step up in performance and a strong surge of torque to the front wheels. This engine’s sweet spot lies in the mid-range and it feels strongest between 1,800 and 3,500rpm. Because of the loud clatter beyond 3,000rpm, you will be happier upshifting early. But if you prod even further, the revs climb till 4,200rpm, after which there is a momentary pause as though you’ve hit a wall, and then the tachometer needle rises further, till its 5,000rpm redline. The Harrier’s top-end performance in the last 1,500rpm of the rev band isn’t as punchy as the freer-revving Compass, which has been calibrated for a stronger top end. The Tata’s clutch, however, is lighter than the Jeep’s, and though a bit more progressive than before, it’s still a bit snatchy. The manual gearbox has well-defined gates, but the shift isn’t as slick as the Compass’ 6-speeder.

Hill descent control is limited to 12kph in first, 22kph in second gear.

Like before, there are driving modes on offer – Eco, City and Sport – but the difference in performance between them isn’t as apparent, especially under hard acceleration or heavy engine load. The outgoing Harrier had its max revs restricted in Eco and City, compared to a slightly higher revving Sport mode. In this version, however, that isn’t the case, and in all modes, it revs till 5,000rpm in the lower gears. What’s noticeable is, at part-throttle in Eco mode, the engine feels less eager and the accelerator pedal offers a bit more resistance, compared to Sport.

Owing to the stronger performance, flat-out acceleration from 0-100kph has improved by 2.3sec and 1sec, respectively, in City and Sport modes, compared to the 140hp version. However, the improvement in Eco mode is drastic – nearly 4sec quicker than before, at 13.22sec. In-gear acceleration times have marginally improved in fifth and sixth gears, but performance remains near identical in the first four gears.

Huge space in the rear seats, with ample storage spaces available too.

Recently added to the Harrier’s range is a Hyundai-sourced 6-speed automatic, driven by an old-school torque converter. This transmission gives a much-needed dose of convenience with its smooth and seamless character. This gearbox doesn’t disappoint, provided you don’t expect shifts to be as quick as you’d get from a dual-clutch auto (or even the Hexa’s torque converter, for that matter). The Harrier auto ambles around lazily and it will even keep the engine below 2,000rpm for the most part, adding to a sense of calm into the cabin. Some peculiarities in the way this auto-box behaves are that it continues to carry the same amount of speed for a short while after you lift off the throttle, and it will automatically shift up a gear while going downhill, even without any throttle input, which can get unnerving.

While there are no gearshift paddles, flick the lever to the left and it engages ‘Sport Manual’ mode. You can shift manually this way, but the lever’s sticky action takes away from the joy of tapping through ratios, and it doesn’t support aggressive downshifts either. Even in manual mode, it upshifts automatically at max revs, and will also downshift automatically if the revs fall too low.

Here’s a tip – if you are in a hurry, or want to extract the quickest times out of your Harrier automatic, leave it in ‘D’ in ‘City’ mode, as it performs the best this way. It’ll upshift optimally and keep the motor in the meat of its power band at all times. As with the manual, there are drive modes here too, and it is only at part throttle where the differences are noticeable. Stomp on the accelerator and under heavy engine load, all three modes perform the same way, delivering full performance. Interestingly, the Harrier automatic is almost as quick as the Compass diesel with its 9-speed automatic, be it from 0-100kph with is 11.75sec (versus 11.4sec), or from 20-80kph which is 6.82sec (versus 6.66sec). 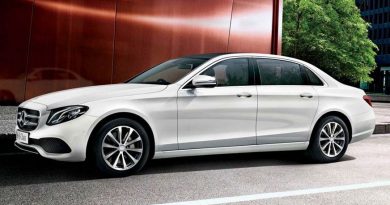 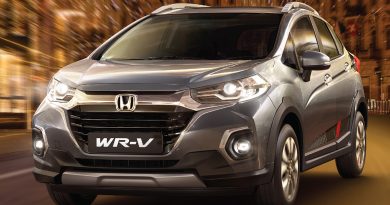 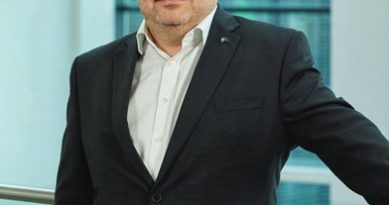 Citroen’s strategy and agency models analysed – the new AM magazine