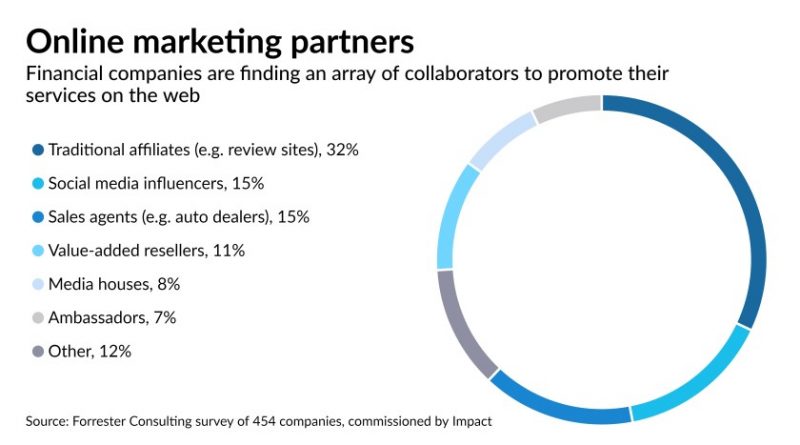 Provident Bank in Amesbury, Mass., rebranded itself last summer with a pithier name, a sleek logo and a budding focus on cryptocurrency.

Now, the community institution known as BankProv is getting ready to spread the word about new products, namely its business-checking accounts that are available nationwide and its full-service banking capabilities for crypto firms, via affiliate marketing.

Affiliate marketing involves one company paying a third-party a commission for a certain activity, such as generating leads or acquiring customers online. It’s a form of influencing where the audience trusts the content publisher — anything from a large site like NerdWallet to a niche personal finance blog with a passionate following — and believes in the products it’s promoting. Companies that broker these agreements use technology like artificial intelligence to monitor for brand mentions and ensure content is up-to-date and compliant.

For community banks, it’s a cost-effective and tech-friendly approach to marketing. It also comes with challenges, such as choosing the right influencers, review sites and bloggers.

In BankProv’s case, the $1.5 billion-asset unit of Provident Bancorp is working with Fintel Connect, a marketing firm based in Vancouver that helps financial services companies manage their relationships with online publishers and track their campaigns.

Fintel doesn’t exclusively work with small institutions. But when the company entered the U.S. market from Canada in January 2020, Nicky Senyard, Fintel’s CEO, wondered why more weren’t embracing this form of marketing.

Affiliate marketing is an especially economical channel for small banks, which lack the brand awareness and scale of large institutions, said Christopher Krohn, adjunct associate professor of marketing at the University of Chicago Booth School of Business. These entities are unlikely to rank high in Google for general banking searches, while programmatic advertising, which uses software to buy digital ads, and paid social media publicity are out of reach for institutions with limited budgets.

But affiliate marketing is cost-effective because banks can design commissions in a way that works for them, depending on whether they pay partners for clicks, conversions or acquisitions.

“If they structure the program properly, banks will not pay any advertising dollars unless they acquire a paying customer,” Krohn said.

When she handled direct-to-consumer and direct-to-business acquisitions at Radius Bancorp, she found that affiliate marketing did not bring in the highest volumes of accounts compared with other channels. However, account applications were completed at better rates, and these customers maintained high balances.

Rather than focus on sites that compare rates, she plans to turn to bloggers who can highlight the intersection between BankProv’s centuries-old history and new technology, and provide more context about its products. For example, a blogger could more clearly explain than a snippet of text in an ad that customers’ deposits are federally insured.

“We are looking for people who want the relationship piece, the security side of the house, rather than those who are rate-driven,” Kelly said.

Senyard theorizes that affiliate marketing is especially useful for banks and fintechs because people dive deep into research when choosing a new financial product. Customers may be more motivated to open an account after reading educational content about it than simply viewing an ad.

At Radius, dealing with dozens of outlets directly was “running me ragged,” Kelly said. She chose Fintel Connect to manage this operation at BankProv because it meant she could access hundreds of influencers through Fintel’s network without having to do her due diligence on each one. Fintel also uses artificial intelligence to ensure compliance, such as monitoring for accurate rate and fee information across disparate websites and providing a trail for auditors. Its tracking capabilities will let her see which influencers or publishers bring in the highest quality customers, so she can focus on these relationships and perhaps incentivize these influencers to bring more business to the bank.

Fintel currently has 15 financial institution customers in the U.S., including First Commonwealth Financial in Indiana, Pa., which has $9.3 billion of assets.

There are downsides to affiliate marketing, Krohn at the University of Chicago says. The stream of traffic from individual publishers can be irregular. There is the potential, however small, for a bank to appear on a website with unsavory or inappropriate content, or to wind up with an affiliate that engages in fraud (for example, deploys automated bots to generate web traffic and collect commission). But these risks are low if the bank outsources the work to an affiliate network that manages these relationships.

There is also the question of authenticity. Although publishers who are passionate about finance will lend a more personal touch to their write-ups, they are still getting compensated for these mentions. Senyard acknowledges that sometimes conflicts arise between the bank and the publisher about what each is comfortable with.

One way Kelly will address this issue is by broadening her reach beyond writers who recommend multiple banks. “I like working with fashionistas and pet groomers, who are not specific to finance, because it feels more genuine when our products resonate with them,” she said. She can customize landing pages to cater to specific industries, which she has found typically leads to higher conversions.

Kelly says the really good influencers will open an account and document that experience. But at the same time, she doesn’t mind if a writer analyzes the pros and cons of BankProv’s offerings in comparison with other financial institutions.

“If there are no negatives to a product then it’s probably not that authentic,” she said. 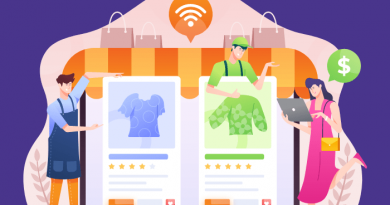 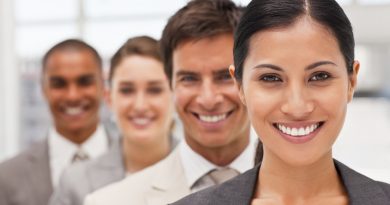 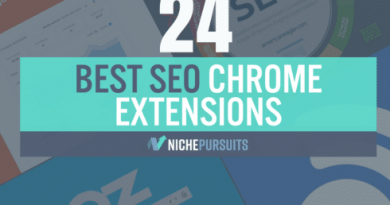