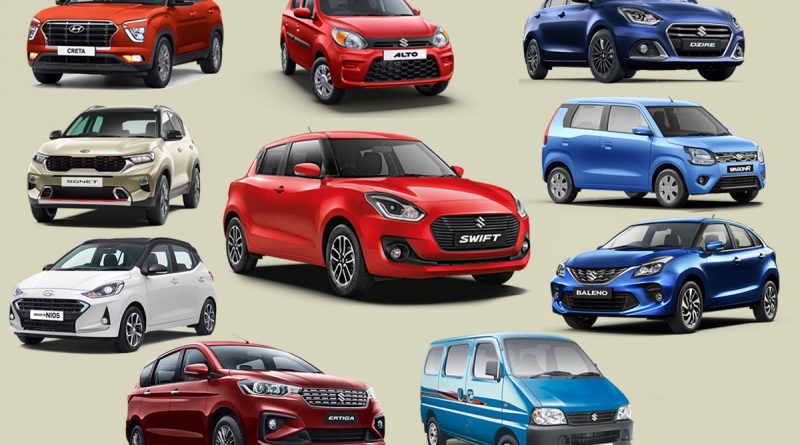 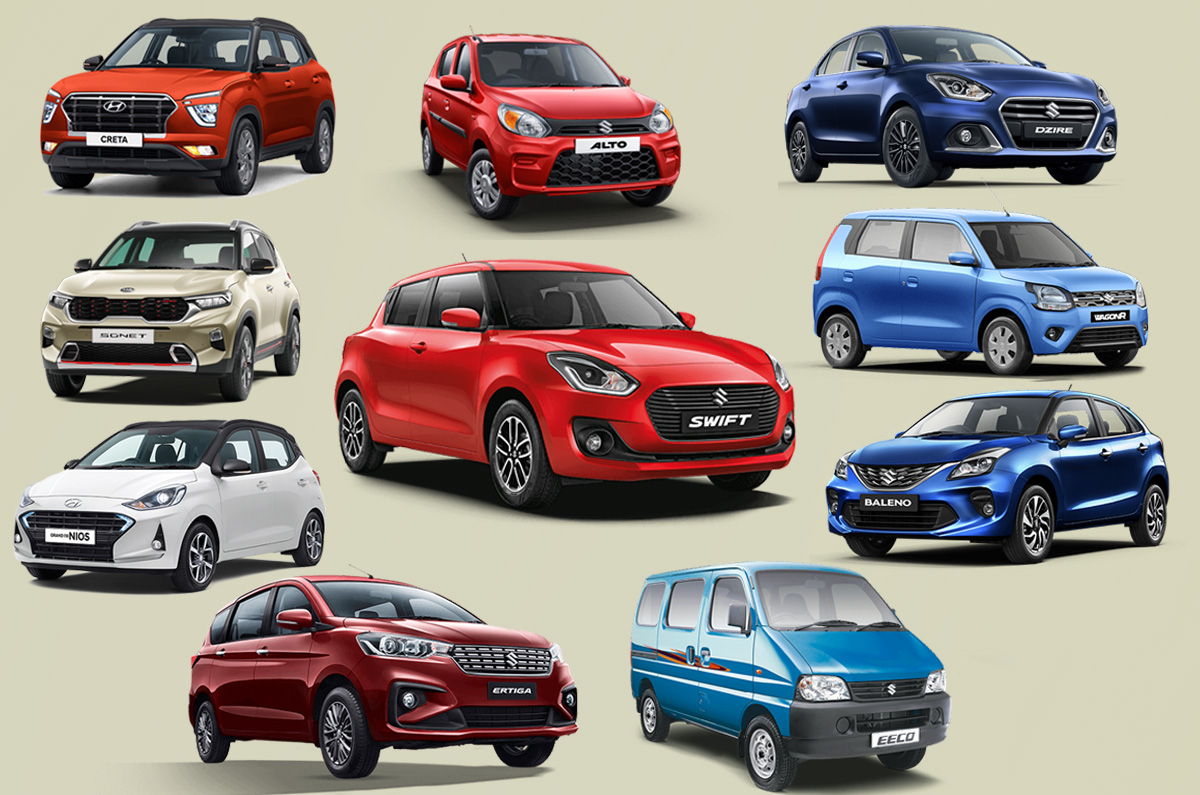 In comparison to strong sales in October, November saw sales decline month on month, though the passenger vehicle segment still recorded a 9 percent year-on-year growth. In terms of individual performances Tata witnessed a year-on-year growth of over 100 percent while others such as Kia, Honda and MG also posted robust growth. Maruti Suzuki saw sales decline 2 percent year-on-year and 17 percent month-on-month, though it’s cars continued to dominate the list of bestselling cars in the country. Let’s take a look at the top performers in November.

The Maruti Swift retained its position as the bestselling car in India with 18,498 units sold in the month of November 2020 despite sales seeing a significant drop over the last month. The month’s performance took cumulative sales of Maruti’s popular hatchback in the April-November 2020 period, to 95,382 units.

Currently in its third generation, the Maruti Swift is available in a choice of four trim levels – LXi, VXi, ZXi and ZXi+ and with the company’s tried-and-tested 1.2-litre K12 petrol engine. Gearbox options include a standard 5-speed manual, and a 5-speed AMT option is also available on all but the base variant.

With 17,872 units shifted in the month of November 2020, the Maruti Baleno continued to hold onto second place in the list of best sellers while simultaneously closing the gap on the Swift.

A rival to the new Hyundai i20, Honda Jazz, Tata Altroz and the Toyota Glanza – it’s supplied to Toyota by Maruti – the Baleno offers a spacious cabin, a set of peppy and frugal engines and is the only car in Maruti’s line-up to offer the option of a CVT gearbox. Buyers have two engine options to choose from, a venerable 83hp 1.2-litre petrol or a more powerful 90hp 1.2-litre Dual Jet motor equipped with mild-hybrid tech.

The Maruti Wagon R too held onto its position at number three, recording sales of 16,256 units, edging out the Alto by just 935 units. Maruti’s latest generation tall-boy hatchback continues to perform well in the market, having built a reputation as a sensible, spacious, efficient and reasonably priced city car.

Available with a choice of petrol engines – 1.0-litre K10 petrol and 1.2-litre K12 petrol, and a factory fitted CNG option on the former, the third-gen Wagon R goes up against the Hyundai Santro and Tata Tiago.

For a second month running, the Maruti Alto finds itself relegated to fourth place within the sales charts. Maruti’s entry level hatchback has long been one of the carmaker’s best-selling products and recently completed two decades in the Indian market.

The long-serving hatchback’s strengths lie in its peace of mind ownership experience and affordable price tag, though newer rivals have more to offer.

The only sedan to feature on the list, the Maruti Dzire has long become the go-to model in the compact sedan segment, fighting off competition from the likes of the Honda Amaze and Hyundai Aura. With 13,536 units sold, the Dzire rounds out the top five best selling cars in the country – a list which ironically has remained unchanged since last month.

The Dzire received a mid-cycle update earlier this year prior to the COVID-19 related lockdowns. The update brought with it minor changes to the styling, an updated equipment list and a more powerful 90hp 1.2-litre Dual Jet petrol engine – though there’s no mild-hybrid tech to be had here.

The second-gen Hyundai Creta has quickly picked up where its predecessor left off by taking over as the bestselling mid-size SUV on sale in the market despite some strong competition from the Kia Seltos. With sales of 12,017 units in the month of November 2020, the Creta too maintained its position in the list.

Available with a choice of two petrol – a 1.5-litre naturally aspirated petrol and 1.4-litre turbo-petrol, and a 1.5-litre diesel engine, the Creta is feature loaded and available in a wide range of variants and engine-gearbox combinations – each engine has its own unique automatic gearbox option – though the fully-loaded SUV is pricey and the styling is quite polarising.

The Kia Sonet helped propel Kia to a 50 percent year-on-year growth in terms of total sales in the month of November 2020. With sales of 11,417 units, the Sonet’s numbers, while down compared to October, were still strong enough to propel it up three places to number seven.

Launched in September 2020, the Sonet sits in the burgeoning compact SUV segment which recently saw the addition of the all-new Nissan Magnite, with the Renault Kiger to follow next year. Other competitors include its sister model the Hyundai Venue, and the Tata Nexon, Ford EcoSport, Maruti Vitara Brezza, Mahindra XUV300 and the Toyota Urban Cruiser.

Utilitarian as it may be, the Eeco is the most affordable way to transport up to seven people from A to B in India. With no direct rival, the Eeco sold 11,183 units in the month of November, placing it behind the Sonet in the list by just 234 units.

The second Hyundai to make the list, the Grand i10 lost ground to the Eeco and Sonet in the month of November with sales down to 10,936 units as against 14,003 in October 2020. In its current-generation – Grand i10 Nios – the Hyundai hatchback provides competition to the hot selling Maruti Swift while the older Grand i10 remains on sale as a more spacious alternative to the Hyundai Santro.

The Maruti Ertiga is the newcomer to the list for this month, essentially replacing the Maruti Vitara Brezza. Currently in its second generation, the Ertiga is available with a sole 1.5-litre mild-hybrid petrol engine, with buyers also offered the option of a factory-fitted CNG variant as well.

Buyers will like the Ertiga for its spacious and practical cabin and sense of value with the nearest competition being the more expensive diesel-only Mahindra Marazzo.

Toyota and Maruti to jointly produce Creta challenger from 2022 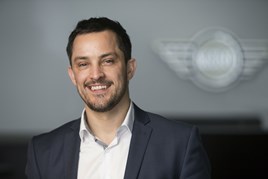 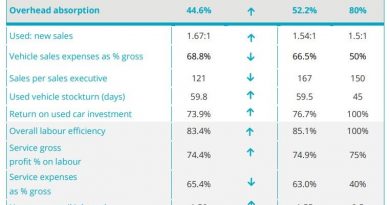 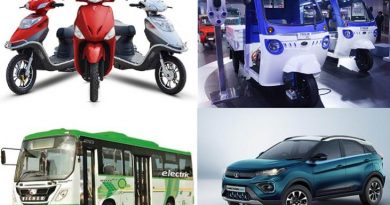