When buying a new car, it’s easy to get swayed by the flash and dazzle. Big horsepower, incredible fuel economy, low EMIs – those are just some of the headline numbers trumpeted by manufacturers to swing sales in their favour. Those numbers do count, of course, but once the initial euphoria of new car ownership begins to wear thin, reality kicks in. Maintenance costs, service intervals, longevity of consumables, spare parts prices – these elements, sometimes not taken into account during the purchase decision, ultimately become important concerns for car owners. To address some of these concerns, Autocar India recently conducted its first Maintenance Cost Study, where sedans, hatchbacks and SUVs across multiple brands and segments were analysed and rated for their total maintenance costs, taking into account cost and service life of spares, service costs, labour rates and other variables that count towards long-term cost of ownership.

In this very detailed study, one of the segments analysed was Executive SUVs, which pitted the MG Hector against its competitors on service and maintenance costs. Not surprisingly, it was the Hector that came out on top. It was rated as being most economical to run, with significantly lower-priced spares and lower labour rates, as compared to the competition. What was surprising, however, was that the MG Hector was not only the most economical to run in the Executive SUVs segment, but that its running costs were found to be highly competitive when compared to cars a segment lower as well. In fact, for example, several compact SUVs, while being cheaper to buy than the Hector, may be more expensive to run than MG’s champion car. Check out excerpts from the survey to discover more pleasant surprises about the MG Hector.

In this segment, the petrol competitors include the MG Hector, Jeep Compass, VW T-Roc and the Skoda Karoq, all of which use turbo-petrol engines. In the diesel camp, three out of the four competitors, namely the Compass, Hector and Tata Harrier, are powered by the same 2.0-litre FCA diesel engine, while the fourth rival, the Mahindra XUV500, uses an in-house 2.2-litre powerplant. 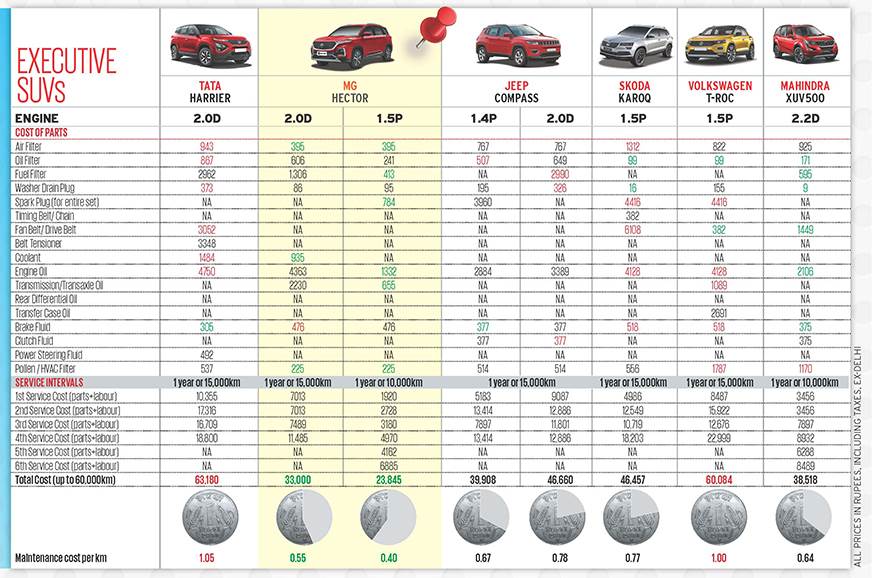 The executive sedan segment has dwindled down to merely the Honda Civic and the Hyundai Elantra. The third car in the segment, the fully imported Skoda Octavia RS 245, isn’t exactly a direct competitor due to its price and performance, but we’ve included it here anyway. 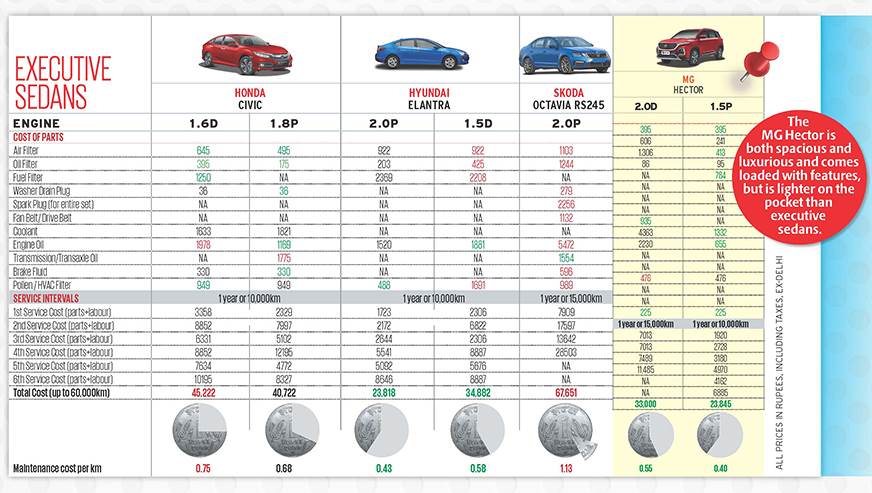 SUVs are all the rage now and this segment has been hugely popular, all the way since its inception with the Renault Duster back in 2012, with a number of customers as well as players today. Comprising of blockbuster models like the Kia Seltos and Hyundai Creta, this segment also includes other biggies like the Renault Duster petrol and the ladder-frame Mahindra Scorpio.

Compact SUVs seem to be just the perfect body style for India, combining the space and practicality of an SUV with the compact footprint of a small car. So much so that there have already been two new launches in the segment this year – the Sonet and Urban Cruiser – which, though, are too new to include in this survey. This segment sees a fair fight between a number of players like the Maruti Brezza, Tata Nexon, Ford EcoSport and the Hyundai Venue. We’ve even included Ford and Honda’s compact crossovers, the Freestyle and WR-V.

The Hector is now about 1.5 years old in the Indian market and in that relatively short period of time, the SUV has stamped its authority over its segment, winning both customers’ appreciation and critics’ admiration. MG sold an impressive 3,625 units of the Hector in October this year, the highest number since its launch back in June 2019, when it had established a record of sorts, netting 10,000 bookings in less than a month.

Size matters for most SUV buyers, and the Hector boasts impressive proportions, which lend it substantial road presence. With its 4.65m length, 18.3cm of ground clearance, 17-inch alloy wheels, 587-litre boot space and 10.4-inch colour touchscreen, the Hector invites you to live large. And the engines on offer – a 1.5-litre turbo-petrol that makes 143 horsepower and 250Nm of torque, and a 2.0-litre turbo-diesel that produces 170 horsepower and 350Nm of torque – ensure that this big SUV always has ample shove, whether you’re trundling along in slow city traffic or travelling at triple-digit speeds on the expressway. The 48V petrol hybrid, which offers an extra 20Nm of pulling power, also helps you do your bit for the planet, while providing improved fuel economy as well. And while a slick and efficient 6-speed manual transmission is standard with both engines, the petrol variant also gets an optional 6-speed dual-clutch automatic, which makes everyday driving so much easier and hassle-free. 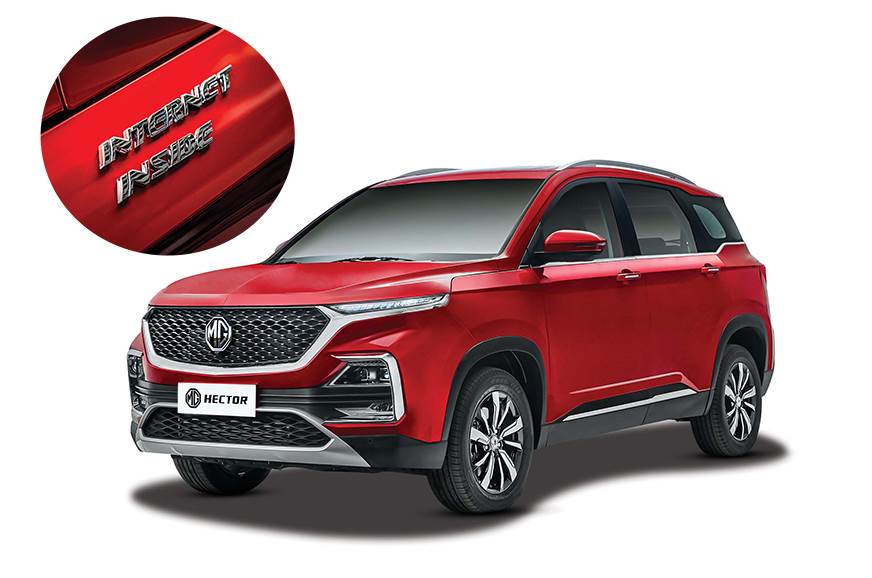 Equipped with iSmart tech, the Hector was the first fully Internet-enabled SUV in India, with smart navigation, voice commands, full smartphone compatibility and Internet connectivity with OTA updates for the car’s software. Affluent young urban buyers, which form a major chunk of the Hector’s customers, want to stay connected 24×7 and the Hector facilitates connectivity even when on the move. The large, bright colour touchscreen makes it easy and intuitive for the driver to access the car’s rich set of functions and features, while the large windows and panoramic sunroof make the cabin feel bright and airy, with the powerful climate control system keeping things cool. The plush seats are ergonomically designed and remain very comfortable over the long haul, while the driver gets a six-way electrically adjustable seat, and tilt and telescopic adjust for the steering; almost anyone should be able to find a driving position that works best for them in the Hector.

While the Indian government has now mandated certain basic safety standards for all cars and SUVs sold in India, the MG Hector has always been ahead of the curve, offering a comprehensive 25+ standard safety features and equipment. There’s anti-lock brakes (ABS) for safe braking at high speeds (also, higher levels of safety in case the driver has to perform sudden, hard braking in unforeseen circumstances, especially on wet, slippery tarmac), traction control and an electronic stability program (ESP) and electronic brake force distribution (EBD), all of which can be very useful during hard cornering and/or sudden lane change manoeuvres. There’s also a Hill Hold Control system for tricky ascents, multiple airbags, three-point seatbelts for all passengers, ISOFIX child-seat anchors and a tyre-pressure monitoring system for added safety. For the driver’s convenience, the Hector also has front and rear parking sensors and a 360-degree around-view camera, for easier, safer parking and reversing. 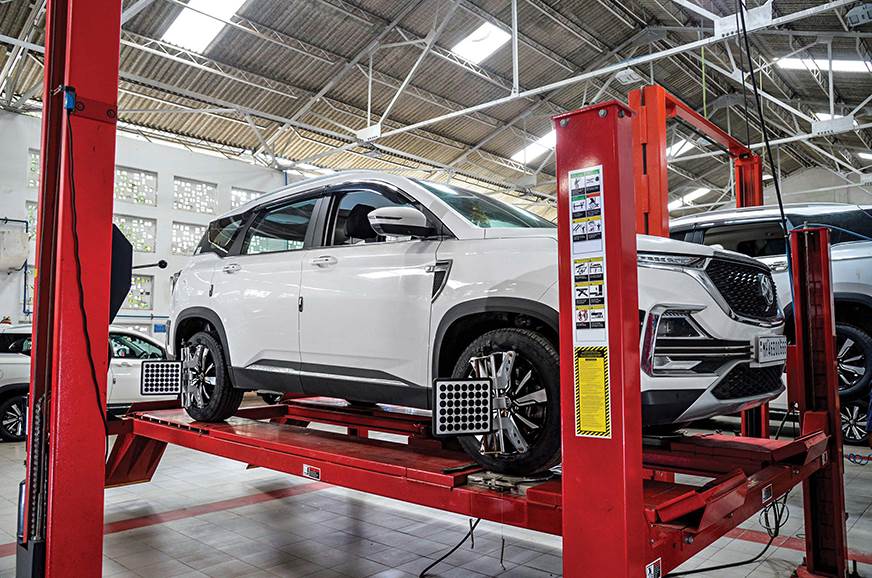 Apart from the Hector’s performance, drivability, technology and safety factors, there’s also MG Motor India’s high levels of customer engagement and customer care. Consider the MG Shield, an end-to-end aftersales and service solution that offers an array of plans for MG customers’ convenience. The segment benchmark is the ‘555’ plan, which offers a 5-year unlimited kilometre warranty, five years of unlimited kilometres roadside assistance, and five services where labour costs are free. The company even has a courtesy car programme, which allows you to remain mobile when your Hector is sent for servicing or repairs. Maintenance plans start at a low Rs 8,000 for three years/30,000km and MG’s 3-60 buy-back plan offers a buy back value of 60 percent of the original ex-showroom price after three years of ownership, which is quite impressive.

With lowest-in-class running and maintenance costs, aligned with class-leading space, power, performance, safety, ride and handling, the Hector is a clear winner in the executive SUV space. Prospective buyers in this segment would do well to test drive a Hector before making a purchase decision – once you’ve driven the Hector, we’re convinced you’ll never settle for anything less. 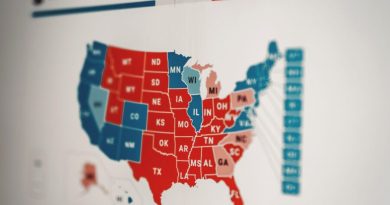 Making sense of the markets this week: November 9 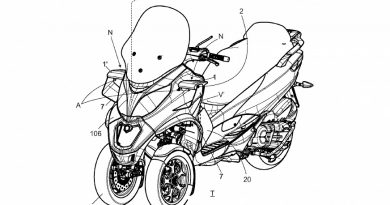