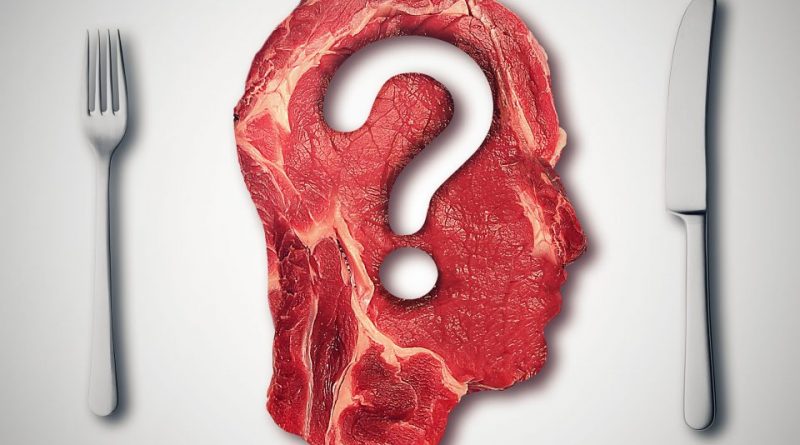 When you’re plagued with a sudden stomach ache—and it’s quickly followed by nausea, fever, and other seriously unpleasant digestive symptoms—you might be unsure of the exact cause at first. Is it something you ate, or a nasty case of the stomach flu that has you totally out of commission?

Stomach woes can be difficult to pin down, as they can potentially be the result of several different (and overlapping) factors. But there are a few subtle differences between food poisoning versus the stomach flu. Here, experts break down everything you need to know about the two illnesses.

(Also read: 11 Signs to Tell If You’re Having A Cold Or Flu)

The truth is, it can be very difficult to discern between food poisoning versus the stomach flu, explains Carolyn Newberry, M.D., a gastroenterologist at NewYork-Presbyterian and Weill Cornell Medicine. Both the stomach flu (technically known as gastroenteritis) and food poisoning are conditions characterized by inflammation in the digestive tract that can lead to belly pain, nausea, vomiting, and diarrhea, says board-certified gastroenterologist Samantha Nazareth, M.D.

So, the main difference between food poisoning versus stomach flu comes down to what causes that inflammation.

What is the stomach flu?

On the one hand, the stomach flu is usually caused by either a virus or bacteria, says Dr. Nazareth. The three most common stomach flu viruses are norovirus (the one you usually hear about on planes and cruise ships, which can spread via contaminated food and water or through contact with an infected person or surface), rotavirus (most commonly found in very young children, as the virus is largely prevented through the rotavirus vaccine, given around ages 2-6 months), and adenovirus (a less common viral infection that can lead to typical stomach flu symptoms as well as respiratory ailments like bronchitis, pneumonia, and sore throat).

“The viruses are usually self-limiting, meaning a person can fight them with time if their immune system is healthy and not compromised (by other diseases or medications),” says Dr. Nazareth.

Bacterial infections, on the other hand, can’t go away on their own. While there’s virtually no difference between stomach flu symptoms caused by viral versus bacterial infections, the latter “should be investigated in people who are not getting better after a few days,” says Dr. Newberry. Your doc will likely prescribe antibiotics to treat a bacterial infection, whereas a viral infection can typically resolve on its own with time, along with plenty of rest and fluids.

So, how is food poisoning different from stomach flu? Again, the two can be extremely similar, and sometimes it’s impossible to truly tell the difference between them, stress both experts.

(Also read: What Does It Mean When Your Poop Floats?)

What is food poisoning?

That said, food poisoning is a gastrointestinal sickness that, in most (but not all) cases, comes on after eating or drinking contaminated food or water, as opposed to simply being exposed to an infected surface, area, or person, clarifies Dr. Nazareth. “[The food or water] can be contaminated by bacteria, a virus, parasites, or chemicals,” she continues. “Like the stomach flu, people get diarrhoea, nausea, belly pain, and vomiting. Depending on the cause, the symptoms can be quite severe, including bloody diarrhea and a high fever.” FYI, though: Food poisoning can sometimes be contagious via an airborne transmission (meaning you could catch the illness after being exposed to an infected surface, area, or person—more on that in a few).

How long does food poisoning vs. stomach flu last, and how are they treated?

Both experts say that stomach flu symptoms and food poisoning symptoms will typically pass on their own within a few days (at most, a week), though there are some exceptions. For instance, if you notice (in either illness) that you have bloody stool or vomit, a high fever (over 38 degrees Celcius), extreme pain, or blurry vision, Dr. Nazareth suggests seeing a doctor ASAP.

It’s also important to be wary of your hydration levels when dealing with either the stomach flu or food poisoning, adds Dr. Nazareth. Keep an eye out for red-flag dehydration symptoms like dizziness, lack of urination, rapid heart rate (over 100 beats per minute), or a general, prolonged inability to keep fluids down. These signs could mean you need to go to the ER to get intravenous (IV) fluids, she explains.

Then there’s the issue of bacterial infections, which can cause either the stomach flu or food poisoning. So, similar to the stomach flu, food poisoning sometimes requires antibiotic treatment, notes Dr. Nazareth. “Most cases of food poisoning do run their course, [but] sometimes an antibiotic is needed if the suspicion for bacterial infection is high or the symptoms are severe,” she explains. “A doctor can diagnose you based on symptoms and a poop sample, or blood tests may be ordered,” she continues.”

Assuming a bacterial infection isn’t to blame, the main treatment for either food poisoning or the stomach flu involves rest, plus “fluids, fluids, and more fluids,” particularly those that help replenish electrolytes to maintain hydration, like Gatorade or Pedialyte, says Dr. Nazareth. “Those who already have an affected immune system (meaning those who are taking medications to suppress the immune system for other conditions) need to see a doctor as they may become severely ill,” she notes.

If and when you start to have an appetite following the stomach flu or food poisoning, Dr. Nazareth suggests sticking with bland foods like rice, bread, crackers, and bananas, so you don’t aggravate your digestive tract. “Avoid caffeine, dairy, fat, spicy foods, and alcohol,” until you’re feeling totally better, she cautions.

“Ginger is a natural remedy for nausea,” adds Dr. Newberry. “Imodium can also be used to manage diarrhea.”

Who is most at risk for food poisoning vs. stomach flu?

Anyone can catch the stomach flu or food poisoning at any time, but certain people are potentially more at risk. Generally, your risk of becoming sick depends on how good your immune system is, what virus, bacteria, parasite, or chemical you were exposed to, and how much you were exposed to it, explains Dr. Nazareth.

Overall, though, older adults—whose immune systems might not be as robust as younger people—may not respond as quickly or as effectively to fight infection, meaning they may need medical attention to treat the illness, says Dr. Nazareth.

Pregnancy can also be a possible factor in the severity of food poisoning or stomach flu, adds Dr. Nazareth. “Many changes occur during pregnancy, such as with metabolism and circulation, which can increase the risk [of complications],” she explains. “Not only can the expecting mother get more severely sick, but in some rare instances, the illness can affect the baby.” Similarly, infants and very young children can be at a higher risk for catching the stomach flu or food poisoning, as their immune systems haven’t fully matured to properly ward off these types of illnesses, notes Dr. Nazareth. Additionally, people with health conditions that affect the immune system—including AIDS, diabetes, liver disease, or those undergoing chemotherapy—might also have a greater risk of severe stomach flu or food poisoning, explains Dr. Nazareth.

To be clear, food poisoning and stomach flu can potentially be contagious through both airborne and food- or waterborne transmission, depending on the cause of the illness, says Dr. Nazareth. The only time food poisoning isn’t contagious is in cases where the person became sick after eating or drinking something contaminated with a chemical or toxin, as you’d have to also consume that contaminated food or water in order to come down the illness. Bacteria and viruses, on the other hand, can live outside the body on surfaces for hours, sometimes even days, depending on the strain. So if a case of food poisoning was the result of eating or drinking something contaminated by a virus or bacteria, and traces of that virus or bacteria happen to be lingering in the air or on a surface, you could catch the illness that way, without ever actually eating or drinking something contaminated, explains Dr. Nazareth.

As for parasites that can cause food poisoning, though they’re generally much less common, some are highly contagious (and all will require medical treatment, says Dr. Nazareth). Giardiasis, for instance, is an illness that affects the digestive tract (the main symptom is diarrhea) and is caused by the microscopic Giardia parasite, according to the non-profit organization Nemours Kids Health. It can spread through contaminated food or water, but the parasite can also live on surfaces contaminated by stool (from either infected humans or animals), per the University of Rochester Medical Center.

Regardless, to be safe, both experts recommend staying at home at least until food poisoning or stomach flu symptoms have disappeared (if not a day or two after you’re better), not preparing food for others while ill, and frequently washing your hands, especially before and after cooking and eating, and after using the bathroom.

(Also read: Here’s How Food Poisoning Occurs and Why You Can Die from It)

How can you prevent food poisoning vs. stomach flu?

Unfortunately, because both conditions can happen as a result of consuming contaminated food or water, or simply being around contaminated surfaces or people, experts say preventing food poisoning or stomach flu is tricky business. While there’s no way to completely avoid either illness, there are ways to reduce your chances of coming down with them.

A few helpful tips: “Wash your hands when around food, such as before and after handling food, preparing food, and cooking food, as well as before eating,” suggests Dr. Nazareth. “Be careful when handling raw seafood and meat—use a separate cutting board for these items,” she adds, noting that a cooking thermometer can help you be certain that you’re cooking meat thoroughly enough. Dr. Nazareth also recommends refrigerating leftovers within two hours of cooking, though sooner is always better to ensure safe food storage.

If you’re traveling, remember to check if the water at your destination is safe for drinking. “Usually people are warned about potential contamination when they are traveling to specific countries around the world that are at risk. Food can be contaminated through improper food handling, cooking, or storage,” adds Dr. Nazareth.

(Also read: The Truth about the Raw Food Diet)

SHAPE and the SHAPE logo are registered trademarks of TI Gotham Inc., used under license. © 2019 TI Gotham Inc., a subsidiary of Meredith Corporation. All rights reserved. Reproduction in whole or part without written permission is prohibited. 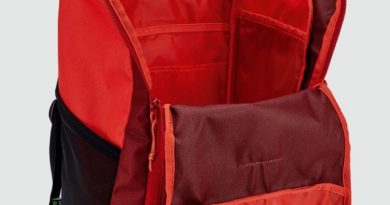 How to Create The Healthiest Butt Ever, Inside and Out 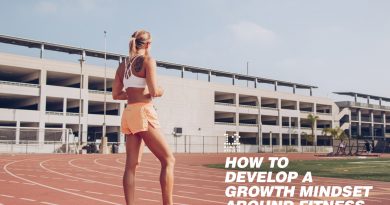 How to Develop a Growth Mindset Around Fitness and Exercise