But some couples don’t ever lose the fun.

They seem to continue having fun together, enjoy being with each other and keep the spark and romance going year after year. They keep their love growing.

Why do some couples keep having fun together and others don’t? Here are 3 reasons…

We’re talking about the fun a couple (or even friends or co-workers) can have together when they stop taking themselves and their lives so seriously, find humor in their humanness and find more fun in moments that “shouldn’t” be so fun (but they are.)

No–we didn’t think it was funny that Otto’s Uncle Edgar died but what he was buried in was another story.

The year was 1980. Otto was 18 years old and he had just gotten his first real job selling radio advertising at a small “top 40” radio station about 30 miles from the town where he grew up in southern Ohio.

As he looks back on it now, Otto remembers being horrible at selling advertising when he was first sent out to go talk to business owners triple his age about promoting their businesses on this new station.

But, what may have been more ugly than his sales efforts in those days were the clothes Otto wore to go on those sales calls.

Just imagine the loudest, the brightest and the ugliest shirts and sport coats you could ever find and those were the things that Otto would wear to talk to very conservative and much older business owners.

After a period of time, Otto finally wised up and figured out that if he had any hope to be successful in this new career, he would have to get rid of all these loud, ugly clothes.

Life happened, the years went by and Otto had all but forgotten about those “loud” sport coats until some 30 years later when he went to pay his final respects to Uncle Edgar who had just passed away.

On the night of the visitation at the funeral home, Otto walked in the front door, greeted some family and friends and walked toward the front of the room to see his Uncle one final time.

When he got close enough to see Uncle Edgar lying there in the casket, he started laughing hysterically and continued laughing so hard that he had to temporarily excuse himself and get some air outside.

He called Susie so she could share in the absurdity of the situation.

Uncle Edgar was lying there dead in one of the plaid, green, very loud sport coats that Otto used to so proudly wear.

Where and how did Uncle Edgar get this old sport coat of Otto’s that he would end up being buried in?

This is one of life’s great mysteries to us because Otto hadn’t seen this particular sport coat in well over 30 years and had no idea what happened to it.

What we do know is seeing Uncle Edgar lying there dead wearing this ugly sport coat is one of the funniest moments of our lives.

Other people may not think this is funny but it is to us and that’s the point.

To bring more fun into your relationship and life just decide to do it and be open to laughing more.

If you’re anything like us–once you decide you want more fun in your relationship and life and when you start looking for it, you’ll start finding your own inside jokes and stories that only mean something to you and the people in your life.

These can be things that will bring a smile to your face during the high moments in your life and things that help make the low moments easier to deal with.

As the motivation speaker Les Brown once said…

“The thing about life is…you can’t get out of it alive. So you may as well have a good time while you’re here.”

Find the humor in life and share it with each other.

You’ll definitely feel closer and more connected if you do.

If you’d like to rediscover fun in your relationship, 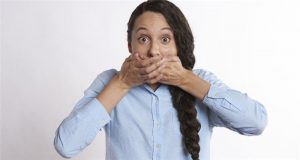 When You Say the “Wrong” Thing 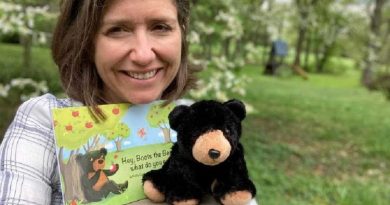 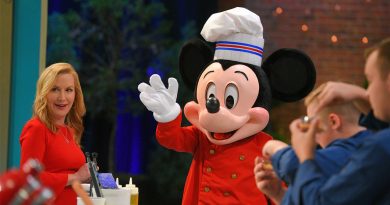