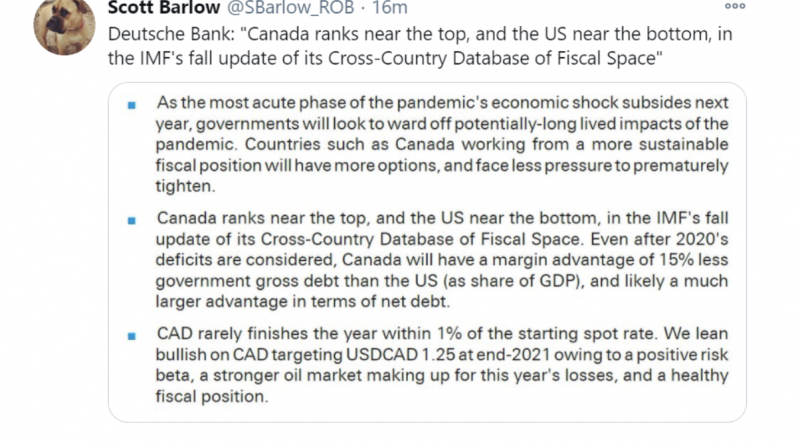 There was some good news and bad news in this article on Advisor’s Edge. The good news is that those nasty deferred service charge (DSC) mutual funds are being used less, in favour of lower-fee F-series funds. In his MoneySense column, Jonathan Chevreau has documented the welcome decline of DSC funds. As an alternative, F-series funds are available to investors who pay their advisor a separate and distinct fee for advice or financial planning, and the overall cost is significantly lower.

The bad news is that Canadians with smaller investment portfolios are still being targeted with those high-fee DSC funds. From that Advisor’s Edge post, which looked at a recent report from the Mutual Fund Dealers Association…

“The report built on data released last month showing that a large proportion of households served by MFDA advisors are mass market (less than $100,000 in cash and investments).

“These mass-market clients continued to have the highest concentration of deferred sales charge funds (33% of assets), the report said. And DSC funds made up almost half the assets of advisors with books under $2 million.”

DSC funds are largely on their way out in Canada. In my opinion (and I’m certainly not alone on this) they are unfair and do not serve the investors in any way. In fact, DSC funds are harmful. Unfortunately, Ontario is going against the grain and has been very slow to remove DSC funds. (Here’s a post on my blog that includes my letter to the Ontario Securities Commission, along with its weak and mushy regulatory response).

Moving away from high-fee mutual funds of all stripes is a common theme in MoneySense. Here’s Larry Bates, author of Beat The Bank, on switching from mutual funds to ETFs. That is a wonderful and comprehensive post as it lays out the benefits and the watch-outs.

If you are one of these “mass market” Canadians with a more modest portfolio, a Canadian robo-advisor might be a good option. You will receive advice (digital and human) to accompany lower-fee ETF portfolios. Do remember to be careful when transferring assets to a robo-advisor; we don’t want to trigger any unnecessary fees as we leave those mutual funds behind.

This week offered a fall economic update from the Trudeau government, and a first from Finance Minister Chrystia Freeland. The fiscal update projects the deficit will reach $381.6 billion by the end of March 2021, and it could be higher depending on the spread of the virus and the potential of more lockdowns or partial lockdowns.

As you’ll see in that post, federal borrowing costs continue to fall (as a percentage of GDP) thanks to historically low interest rates. Of course, the risk is that we could enter a period of higher rates and much higher borrowing costs.

Canada’s total federal debt has now eclipsed $1 trillion. Back on Aug. 14, we asked: Will there be tax hikes to pay for all of this?

Here’s an interesting tweet from Scott Barlow of The Globe and Mail:

And here are the country rankings…

On the positive side of the fiscal ledger we also had the Canadian third-quarter GDP surge—the biggest in history.

From this Globe and Mail article…

“Statistics Canada reported Tuesday that real GDP surged 8.9%  quarter-over-quarter (or 40.5% in annualized terms) in the period ended Sept. 30, reversing much of the 11.3% slump in the previous quarter, as the economy reopened following the widespread lockdowns of the spring. But the economy ended September still running about 5% below pre-pandemic levels, as the global health crisis kept some segments of the economy closed.”

The economic recovery continues to take big steps in the right direction.

You can take these earnings to the Canadian bank

It’s my favourite season. No, not dark and grey late autumn; I mean the Canadian banks’ earnings season. Commentary from the banks’ CEOs can offer many insights into the state of the (fiscal) nation; after all, the Canadian banks perhaps have the best seat in the house when it comes to getting a read on things. They see the level of spending, credit and debit card use, borrowing and making loan payments, and general business activity.

The Big Six Canadian banks reported fourth-quarter results this week, and they mostly surpassed expectations. With many tentacles (and by that, I mean ways to make money), Canadian banks always seem to find a way to post solid results, even in trying conditions. Canadian banks are known to be the best, or of the best-run banks on the planet. They also benefit from their oligopoly situation; there is little competition.

Here is a very good video summary, courtesy of Mike Heureux from Dividend Stocks Rock. Mike was an advisor with National Bank for over a decade, and knows the banks quite well.

As an investor, my favourite is Royal Bank of Canada (RY). And they were true to form, (arguably) posting the best results of the Big Six banks, beating earnings estimates by 10%, year over year. RBC’s full-year profit fell 11% to $11.44-billion—the first year-over-year decline for RBC since the global financial crisis in 2009. Revenue was down 2.5% from the same quarter of 2019. Total annual revenue has increased by 2.6% from 2020 compared to 2019.

In total, for the quarter, the Big Six banks added a relatively modest $3.3 billion for loan losses. That brought the total sum set aside over the past three quarters to an unprecedented $21 billion.

Toronto Dominion Bank (TD) and Bank of Montreal (BMO) also posted results that might be seen as top-of-the-heap for banks this earnings season.

From the TD report, this comment frames the conditions that are gradually and consistently improving…

“Canada’s economy was impacted more negatively than the U.S. in the first half of calendar 2020 and since then has recovered somewhat faster. The Bank estimates real GDP grew by 44.2% (annualized) in the third calendar quarter of the year. Despite this increase, real GDP was approximately 4.5% below the pre-COVID level in the fourth calendar quarter of 2019. The recovery in Canada’s job market, meanwhile, has outperformed that of its U.S. counterpart. As of October 2020, almost four-fifths of the jobs lost during the initial lockdown have been recovered in Canada, which is a significantly better performance than in the U.S. The Canadian unemployment rate has fallen from a peak of 13.7% in May to 8.9% in October.”

The big banks are a fiscal bedrock of the nation. It’s important that they are healthy and well capitalized, and have the confidence of Canadians. For now, we are moving in the right direction. But the greater risks remain, thanks to the pandemic.

The big banks were relatively flat for the week into Thursday afternoon. The stock prices of Scotiabank and BMO made the greatest positive moves.

Disclosure: I own RBC, TD and Scotiabank.

This article on Morningstar covered how our national pension plan, the CPP, might be stuck between an oil well and a hard place. It may face pressure to go green.

The mandate of the CPP Investment board is to “…manage funds of the CPP in the best interests of contributors and beneficiaries and to maximize investment returns without undue risk of loss.”

The mandate is to make enough money while taking on the appropriate amount of risk. It is not to shape our economy or necessarily support a green energy policy.

“In a recent article in the Toronto Star, Michel Leduc, senior managing director and global public affairs and communications for Canada Pension Plan Investment Board said, ‘We might be urged to abandon our own investment thesis and engagement work and simply divest from conventional energy according to specific target linked policies of the government, from which we must always remain independent.’”

Last week the Liberal government tabled the Net-Zero Accountability Act. The legislation’s aim is to achieve net-zero emissions for Canada by 2050.

Canada’s pension sector is a notable force at $2.8 trillion, an amount greater than our GDP. The CPP stands at over $400 billion. There is an argument to be made that Canadian pension assets (investments) could be an agent of environmental and societal change.

Those pensions are an obvious and tempting tool or lever for governments. Will our CPP face that pressure to “go green?”

This will be a more than interesting debate to keep an eye on.

We’ve been following this story for quite some time. The world’s leading electric vehicle manufacturer, Tesla, is not a member of the S&P 500. But that’s about to change. Tesla will be added to the famed US stock index on Dec. 21. And it will happen in one massive move that will disrupt the index and the many funds that track the index. Those funds will have to add Tesla stock, lots of it.

“With about $11 trillion in funds tied to the S&P 500, money managers have been looking toward a few busy weeks ahead no matter how Tesla was included in the index. Whether it was one fell swoop or two separate tranches, managers of index-tracking funds would still have had to offload stocks of several other companies to make room for the mammoth newcomer in their portfolios.”

The Tesla stock price surged on that news. This is the biggest new addition to the S&P 500, ever: Tesla is currently valued at US$540 billion. (The previous record belonged to Berkshire Hathaway, added in 2010 with a value of US$127 billion.)

Dale Roberts is a proponent of low-fee investing who blogs at cutthecrapinvesting.com. On Twitter @67Dodge.

The post Making sense of the markets this week: December 7 appeared first on MoneySense. 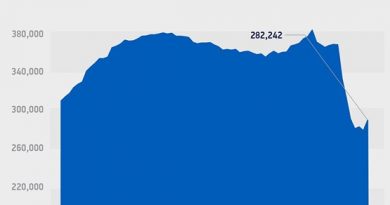 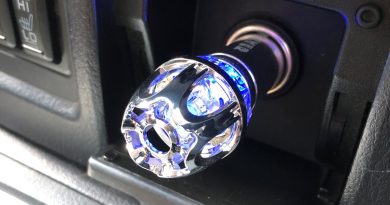 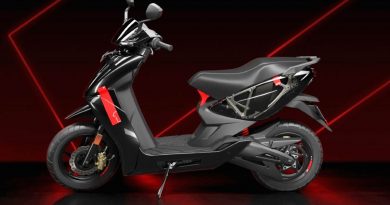