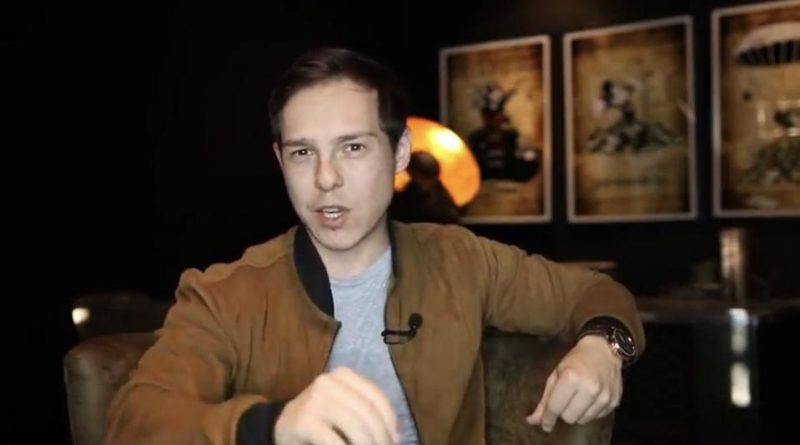 I first wrote about him in July 2019 in How This Real Estate Agent Made $100,000 In One Month From His YouTube Channel. While that was certainly remarkable and time, Graham Stephan has continued to power forward throughout 2019 and 2020. That’s why it’s time for an update.

I’ve already learned a good deal about how to make money on YouTube from my own experience with the medium. But when it comes to YouTube success, Graham Stephan is in a class by himself. His enthusiasm is infectious, and his revenue numbers speak for themselves.

Stephan lays out his journey from cynical novice to million-dollar YouTuber status in one of his latest videos, How Much I Make With 2 Million Subscribers. In this article I’m going to drill down on his story, which is one that should interest anyone with YouTube aspirations.

Stephan began his YouTube venture on December 25, 2016, so it’s been in existence just a bit under four years. He used the YouTube channel to discuss his experience with real estate, personal finance, saving money, investing money and credit cards.

He openly confessed he had no idea what he was doing – or even how to create a video. Five years ago he even posted on Reddit, “I don’t have the personality or the charisma to start my own (YouTube) channel – I am not the type that would do well in front of the camera”.

Like a lot of people, Stephan used YouTube mainly for entertainment and education. And though he had thought about making YouTube videos for years, he had little confidence he’d be able to come up with the type of content viewers are interested in. He confesses the biggest obstacle was his own fear of failing.

At the time he started making YouTube videos he was working full-time as a real estate agent. But the hook for him was seeing how his videos helped people on their own journeys toward financial independence.

After his first video, he began cranking out new ones almost every day, often working past midnight. He found himself looking forward to making videos. He was also motivated by an opportunity at self-expression as well as talking about topics he was really interested in himself.

As is often the case when someone starts a new venture, the money did not come rolling in. He even turned monetization off because he was worried it would distract from the message of his videos.

But on January 20, 2017, he finally reactivated monetization, realizing that YouTube was more likely to show videos where they could make revenue.

The revenue after one day of monetization: $0.07.

Others might have given up, but Stephan pressed on by producing three videos per week. Over the course of one month, he averaged a little over $1 in revenue per day.

This should be an inspiration to anyone who starts a new money making venture that doesn’t seem like it’s going anywhere quickly. The slow start is typical of business startups, and especially those on the web.

At the time, Stephan was making about $500,000 per year in gross commissions from selling real estate. But he found himself being most excited about the ability to make even $1 per day on the YouTube channel.

In my experience as an Internet entrepreneur, I completely get that experience. My first “paycheck” on my blog was a whopping $152. It certainly wasn’t much in the grand scheme of things. But for both Stephan and myself, it was more than enough motivation to believe the venture could be scaled up to generate a more substantial income.

Stephan’s instincts turned out to be correct. By March 2017 his YouTube channel was earning between $12 and $20 per day, and it seemed that YouTube was pushing some of his videos. He believes it was because he had become a steady provider of video content.

In addition to consistent content, Stephan’s videos were displaying a high level of viewer engagement. That means viewers were leaving comments, subscribing to his YouTube channel, and “smashing the like button” one of his trademark phrases. They were also hanging around to watch his other videos.

The key, he found, was to consistently produce content people liked. That enabled him to get the benefit of the YouTube algorithm, which drew even more viewers. With that realization, Stephan knew he could grow the channel. As he did, his income began to expand to where he was often making over $120 per day.

Suddenly his YouTube channel was beginning to take on the characteristics of a serious second income source.

“I just knew internally that I was onto something, and I needed to keep it going,” Stephan confesses. “For the first time in my entire life I felt like I was contributing towards something that was much bigger than just myself. I felt like I had purpose, I was teaching people personal finance and was having a lot of fun doing it. That’s when I dove headfirst into YouTube.”

For the balance of 2017 however, his YouTube channel went mostly sideways. Most days he earned somewhere between $20 and $250. For the full year, his total YouTube revenue was $26,966.69.

The metrics on that income level was a bit of a concern. Stephan was spending about seven hours a day on his YouTube channel, which effectively made it a full-time job – in addition to his full-time job in real estate.

The YouTube channel began picking up in 2018. In the way YouTube works, as you begin to develop a backlog of videos, you get more viewer traffic, some of it going to your older videos from the newer ones.

But the steady upward trend was aided and abetted by a single video that went viral later that year.

Graham Stephan received what he referred to as the holy grail of credit cards, the $10 million J.P. Morgan Reserve Card. He decided to create a video to show his excitement for getting the credit card. Almost instantly, that video went viral. He drew over 1 million views, and eventually topped 3 million. That’s the kind of video every YouTuber hopes to have.

A little over two years after launching his YouTube channel it had become a serious source of income.

It was at this time that Graham Stephan began to appreciate the potential audience of viewers who wanted to learn about personal finance. That’s when he decided to give his YouTube channel 100% of his time and effort.

He began taking his video productions very seriously and creating them strategically. He learned the secret of creating videos that would flow from one to another, so viewers would move on to his other videos. He also began networking with other YouTube creators to see what they were doing.

He even created the YouTube Creator Academy to help others start and build their own YouTube channels. And at the beginning of 2019, he launched the Graham Stephan Show to diversify his content and develop a talk show format which includes live interaction with guests and viewers. (That channel now has well over a half-million subscribers.)

The strategy worked well. Viewers watching one channel would naturally flow across to the other, enabling both to build in tandem. He picked up his production base, turning out a YouTube video every day.

By the beginning of 2019, most days were averaging about $1,500 in revenue. But in March, he made another of those gold-plated viral videos.

He bought a Tesla
, the $35,000 Tesla Model 3. After crunching the numbers, he realized that the car would be nearly free with the tax write-offs and incentives that came along with it. He created a video showing viewers how the car was costing him only $78 per month.

The video was different than any other Stephan ever created. Within days the video drew more than 1 million views, and on April 7 he made over $6,900 in ad revenue – in one day. For the record, the Tesla video is now up to nearly 7 million views!

That was followed one month later by posting a video on how much he made from a viral video. That video also went viral, drawing over 1.2 million views. For the rest of 2019, daily YouTube channel revenue ranged from a low of $2,000 per day to over $6,000 per day.

2020 Brings the Coronavirus – And Even More Success

With the onset of the coronavirus shutdown, everyone began cutting back, and ad revenue plummeted. Stephan was averaging about $2,000 per day in YouTube revenue at that point.

Then things took another unexpected turn: people were not only home during the day, but they were also taking greater interest in personal finance.

YouTube is a free source of that information, and Graham Stephan was perfectly positioned to fill that need.

He began cranking out videos discussing the current state of the economy, and not only telling people not to sell their investments, but also to continue buying in. That included providing regular updates about economic developments, as well as government responses, including stimulus programs.

Throughout 2020, Stephan has stayed consistent with turning out videos on a regular basis. He even claims he reads all the comments to gauge viewer reactions. Daily revenue has been averaging between $4,000 to $8,000, with a one-day high of over $11,000.

Through October 16, Stephan’s primary YouTube channel has earned $1,583,755 in ad revenue, while the Graham Stephan Show has earned $297,857 in ad revenue. He also began a weekly podcast with two partners that earned him a little over $8,000.

Combining revenue from all three sources, Graham Stephan has earned $1,889,972.57 through the middle of October of this year.

He believes that when program sales, sponsorships and affiliate marketing are added in, his total revenue from all YouTube activities for 2020 will top $4 million.

Graham Stephan’s reaction to his own YouTube success? “It’s absolutely incredible to think that something like this is even possible, and that I get to spend every day doing something I find fulfilling and so much fun.”

Stephan believes the saying, “A rising tide lifts all boats”. “If we learn something new it’s up to us to share that with everyone around us, and to help others succeed,” Stephan declares. “Everything you need to know is already on YouTube and it’s free. It’s as easy as one search away.”

As much as Graham Stephan makes YouTube success sound easy, it’s also important to remember that it is a business – at least at the level he’s taken it too. That will require dedication, perseverance, and an ability to connect with your viewers. And though you can start out making YouTube videos on the cheap, you’ll eventually need to graduate to a full-on YouTube studio set up. You’ll need that to improve the quality of your videos going forward.

But for all his success, Graham Stephan assesses his own capabilities with a remarkable dose of humility.

“My content is far from perfect, I make mistakes – I’m human,” Stephan confesses. “But I love making videos and sharing information, and I’m obsessed with investing and saving money and personal finance and credit cards and trying to get you to smash the “like” button for the algorithms. If I can encourage you to do the same, then I’ve set out what I meant to do.”

Maybe everyone can’t become a YouTube millionaire. But based on everything Graham Stephan shares with his audience, there’s a reasonable chance of building a solid second income. If you’re passionate about a topic and willing to put in the time and effort, it’s more than a remote possibility. 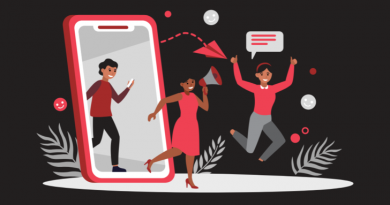 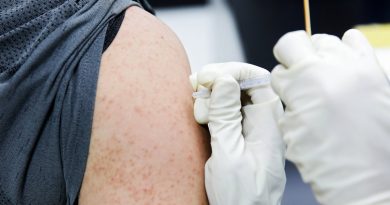 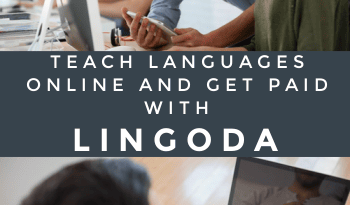