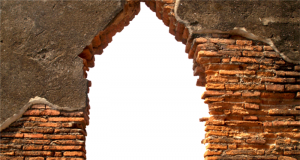 She felt like she’d been a pushover all her life in her family growing up and now it was the same with her new husband.

In the past, when she’d tried to stand up for herself, she’d either felt like she’d come off as needy…

Or the complete opposite when she got really frustrated…

She felt like she became bossy and ending up pushing her husband (or anyone else) away.

She wanted him to listen to her, especially acknowledge her feelings about their living situation and not pull away from her.

She’d seen the crime rate go up in their area and she no longer wanted to go outside for walks like she used to.

But her husband didn’t want to move because it was close to his work and he didn’t want the expense at this time.

Annette called us because she felt like they were in a stalemate and it was affecting their intimacy and connection.

During our coaching conversations with her, here are some things she learned that can help you if you feel like you need to stand up for yourself in communicating your needs but having trouble…

1. Get quiet and separate out fact from fear

As Annette talked about her frustrations and fears with us, she realized that when she thought about the topic, her thoughts went to the worst case scenario.

Her emotions got ratcheted up to where she either shut down and couldn’t speak coherently or she was yelling to try to make her husband understand.

As we talked with her and she got quiet, Annette realized that although there had been several car break ins in the last few months, her fears had magnified the urgency to take immediate action.

Our emotions come as a result of what we’re thinking and believing in the moment and can get magnified as we repeatedly believe the same fears.

When her mind was clearer, Annette had the idea to do a search for crime statistics for their area to see an actual picture of what was going on.

2. Open to an attitude of connection rather than standing up for yourself

So often when we have a lot at stake about something, we get tight and steel ourselves for a fight because we think we have to stand up for ourselves.

And we won’t have a chance of getting our way if we don’t.

The truth is that if you’re tight, you’re pushing against something and that “something” or “someone” will get defensive and lash back at you.

You won’t be in a heightened state of trying to “protect” yourself if you’re in the state of mind to connect.

As Annette settled down, she realized that she did get tight and wasn’t thinking about connecting with her husband at all during these times.

She’d always wondered why he instantly got angry and defensive when the topic was brought up.

Without blaming herself, she could see another way to approach him.

3. Invite your partner to a conversation and open to seeing something new

You’ll be able to open to listening with new ears and saying what’s true for you.

In our conversation with Annette, she realized that her attitude and fears had been putting her husband on the defensive which wasn’t helping the situation or getting her what she wanted.

Instead, she did invite him to a conversation to talk about what was best for both of them at this time.

When they talked, she discovered that he was more open to listening when she brought out the statistics and he agreed that they should probably begin considering another neighborhood they’d like to move to within the year.

Since she realized that the neighborhood wasn’t as unsafe as she had originally feared, she could agree that they could start searching other places to live in a more relaxed way.

When she made a specific request that wasn’t fear-based, he was more open to changing his viewpoint.

No one can guarantee that your partner will listen to you and be open to your way of thinking if you do these things.

But we know from experience and from working with many people on this issue, your chances of actually connecting and coming up with a solution that you both can enjoy go up dramatically!

If you have a specific question about your situation,

5 ways to make the most out of playtime 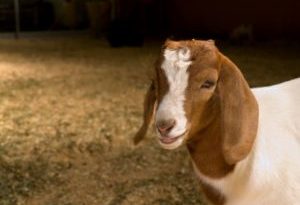 A Taste of the PNE: Drive-Thru Fair Experience 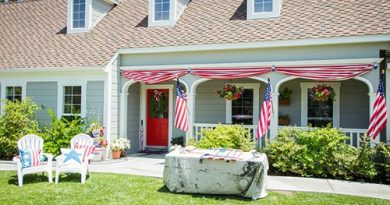