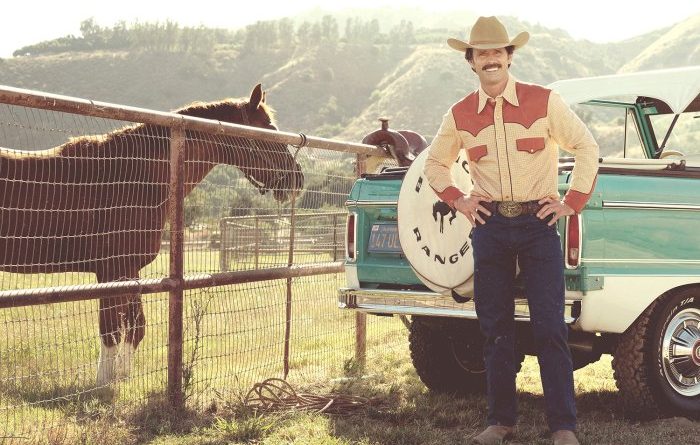 John Bronco was the legendary rodeo rider-turned-pitchman who became the eponym of the iconic Ford Bronco. Or so it goes in the new mockumentary short from Jake Szymanski and Imagine Documentaries now streaming on Hulu. The story may not actually be real, but that doesn’t take away from how awesome the movie’s vintage Ford Broncos look or how the titular role is played by none other than Walton Goggins.

“I felt like I knew who this John Bronco was immediately on the page, and there was no doubt I wanted to play him,” Goggins told Men’s Journal. The role was his from the get-go, and the actor spent four days in Detroit bringing the legend to life.

The fact that the project comes out right before the release of the new Ford Bronco is no coincidence, but the short stands easily on its own. Goggins spoke with Men’s Journal about what it took to become a ’70s pitchman, mustaches, and his love for the road.

How did the John Bronco project come to you?

I got a phone call from the director Jake Szymanski, who had gotten my number from someone in my team. He sent me the script to look over and I had just happened to have worked with another actor, Rob Corddry, who just couldn’t say enough good things about the guy. I was also familiar with his work, from a distance, so I was already intrigued. Once I started reading it I couldn’t put it down, I didn’t even know what I was reading, to be honest. I mean it reads like a true story.

Did anyone come into mind when you thought of John Bronco?

Of course there are going to be certain iconic dudes that come to your mind when you are picturing this guy, especially someone like Burt Reynolds. Even outside of this movie I would call him one of my role models, but for this I watched a lot of him.

How did you guys build the look?

The first thing our costume designer Alison Holmes laid out was a shearling vest and these Wrangler jeans. I immediately said, “Oh yeah, I can do all of this.” I put on that jacket, and the old school Wrangler shirt, too. I mean these pieces are classic for a reason, they have stood the test of time. We wanted this guy to look like one of those icons that never goes out of style. I must have done somewhere around 150 wardrobe changes over the course of filming.

How many mustache changes did you do?

Obviously the mustaches had a lot to do with the look. I had to change my mustache looks almost 50 times. I have never done anything like that in my life, I was only wearing each different version for about five to 10 minutes.

Did you have a favorite?

You know, man, I have to say I just love that old ’70s look, going right back to the Burt Reynolds aesthetic. The bigger and the bushier, the better. Back when the Broncos were really hitting their stride.

The hats are also a big part of the look. I know you are a fan of a good lid. Who are some of your go-to hat makers now?

I like a good hat. I have a few good friends who are hat makers in this country, and I can’t believe I’m lucky enough to know them, because I love their work so much. Gunner Foxx is the guy in my mind. He is unbelievable. He’s been making hats for a long time. He made the hat I wore in The Hateful Eight. He makes these hats in Los Angeles, where he comes from, and takes great care in his work. The process he uses is a bit of that old-world style, and on top of all of that he is just a great guy.

What did doing this make you think of brands and advertising back in those days?

I started to think about what it takes to stand out out in a crowd, and what charisma truly is. I think this project also has me really thinking about how companies try to connect with people, and I think most of all it made me really excited for what could be in the future. Ford was a part of this production, but they weren’t breathing down our necks, they just allowed us to tell what I think was a really entertaining story.

On that note, what was it like to be working around all of these Ford Broncos?

I have to tell you, buddy, especially for your audience, they understand how awesome this vehicle is, past and present. I personally always wanted a Bronco, I mean, who doesn’t when they see it cruising down the streets? Especially when we are talking about those old vintage models, they are extraordinary machines.

Did you get to check out the new Bronco?

This project was set to come out before the Bronco was to be released. Because we were working with Ford, we were invited to visit the factory in Detroit. They took us behind the curtain into their Research and Development Department, even allowing us into the room where they were keeping the new Bronco design. We walked into the room and it was right there under the tarp. I couldn’t believe that I was there right next to the next edition of such an iconic automobile. That vehicle is more than just a car, it’s a symbol for freedom. If you really think about what freedom means to most Americans, there is likely something about taking a car and driving on an open road.

Even under the tarp I could see the silhouette of the model under the tarp and I think the people at Ford were impressed by how much I knew about what was going on below. Once the tour was done, they pulled me back into the room with just a few people, and they pulled the tarp off for us. I hit the floor! I mean we were only looking at the clay model, but it looked so good, I even tried to open the door! This probably sounds like I’m trying to sell you one of these cars, but it’s not that at all. I just love the story, that’s what I look for in anything. And this vehicle has it all. Not only that, but it isn’t centered around devices or games in the backseat so your family doesn’t even talk to one another. It’s about connecting with the world and each other.

Do you think you will grab one for yourself?

I was leaving the factory when I turned around and just said off-hand, “I’m getting one of these right?” I can’t wait to get my hands on it. I’m going to grab the two-door model, I put my name in with everyone else, but I’m so excited.

What is the first road trip you think you’ll take in it?

I have been getting so deep into public lands camping. I found this spot up in the Sierras that I had never been before, and I went up there with my son earlier this year. We had just an amazing time, so I think first chance I get I’m heading back up there.

How to Date Yourself Anytime You’re Feeling Lonely 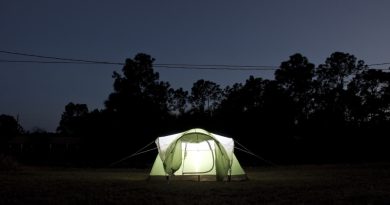 The Best Outdoor and Camping Gear for Isolation Adventures at Home