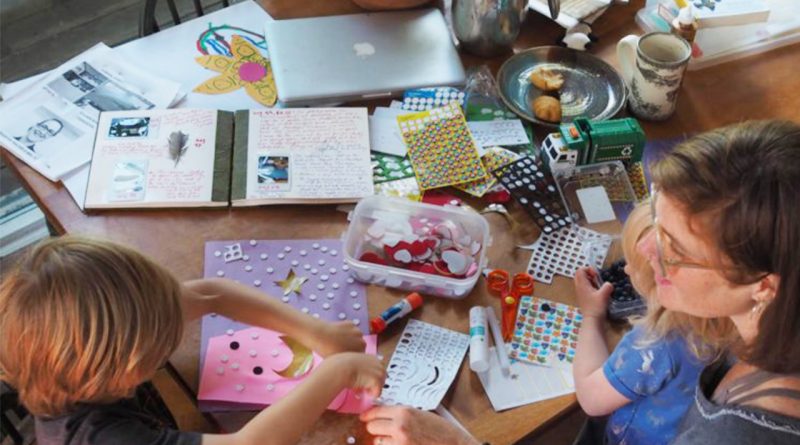 At some point in late spring, I looked at my kitchen table and realized that between the crafts, laptops, leftovers (and at some point even a Tupperware of tadpoles) this space had become the centre of my family’s life. It no longer gets cleaned for potlucks or wine dates with friends—it’s become an intensely communal place where the day’s debris gets thrown, where my family gathers in candid laughter and exhaustion, where we meet one another’s gaze again and again.

The mess on the table can feel suffocating, but I’ve also come to associate this space with comfort food, family time, and an unprecedented determination to hold it all together.

In the early days of the pandemic, our social media feeds were full of porch portraits: families squinting into the chilly spring sun, trying to look fine when nothing was fine at all. But in my opinion? The last six months have really been all about the kitchen table. Much like us, they’re holding far more than they ever have, sometimes serving multiple purposes at once. “Before, the table was just a place and a thing; now it’s more of a shared experience,” says architectural writer John Ota. As the author of the historical design book The Kitchen, Ota says that over the last few decades, it’s become increasingly rare for families to sit down without technology and eat even one meal a day together. But now, through this time, the table is regaining its status as a hearth: “At first it was the fireplace, then I found it was the television… now it’s become the kitchen table.”

He describes a dining set designed by architect Frank Lloyd Wright, in which the chairs have incredibly high backs. Lloyd Wright wanted to create the feeling of a room around the family when sitting at the table. “I feel like that’s happening in this health situation right now,” Ota tells me. “I feel like we’re just coming together much more.”

It wasn’t hard to find four women willing to invite me beyond their porches and into their homes—virtually, of course—to reflect on what their tables can tell us about living through a pandemic. As an author and the editor of Birthing Magazine, Nicole Bross is used to brokering the demands of family and work—but a pandemic will test everyone’s limits. “I was working from the kitchen table in the middle of the chaos,” she says. Bross and her family use their table for more than they ever have; the kids aren’t allowed screens in their rooms, so their school work gets done there, alongside eating, playing games, chatting, and watching their parents work. Accordingly, Bross says the pressures of looking after her family are piling up. “The table’s supporting them, but so am I,” she says.“My primary function in this household is to take care of most of that stuff as well—it’s a lot.”

If the table represents these pressures, it also allows the family to push aside burdens to make good memories, like the time that Bross hauled out her wedding dress for a “secret pizza party” where the family dressed up and ate frozen pizza on fine china.

Bross says it’s easy to focus on the negative, but she hopes the kids look back fondly on the family time, and remember “all the grace we gave ourselves; to have big feelings, to be okay with the less-than-ideal, to make the best of a bad situation…I hope it gives them the confidence that they can come through challenging times not only intact, but stronger.”

31, lives in Brantford, Ontario with her wife and their 16-month old son “When quarantine first happened, it was a crisis,” says Chelsey Young of the pandemic’s first few weeks. Young is a graphic designer and photographer, while her wife is a children’s mental health therapist; their busy, toddler-chasing lives were upended as they figured out work and moved 40 km down the highway from Hamilton to Brantford. The Youngs had been planning this move since November 2019, and even saved up to hire movers, although that became impossible by March. Juggling a toddler, two dogs and a cat, the family took possession of their new home on March 15—just two days before Ontario declared a state of emergency. Although the process went as smoothly as possible without childcare, Young says it felt sad and lonely to not have loved ones over after the move.

Before COVID-19, Young says their table was “more of a drop-off point than a gathering place.” But as the couple swaps off parenting duties through the day so they can work, they’ve become merely “in one another’s orbits.” In response, the kitchen table has become a place they’re drawn to, as if by gravity. The family eats together almost every night, and they circle around when possible for reading and crafts with their toddler, often Zooming the grandparents in.

Their new home has an actual dining room, and it’s come to represent togetherness at a time of separation. “When we sit at the table together, it feels like we’re able to focus on one another—we’re within one another’s pull.”

“As a society, we’ve moved away from having dinner every night, and talking about our day” Young says of an aspect of the pandemic she hopes will remain. “I like that; I didn’t realize how much I liked that.”

45, lives in Toronto with her partner and two children, ages five and seven When the WHO declared COVID-19 a pandemic, Aparna Guha’s partner and two children were over 8,000 kilometres away, visiting family in New Zealand. “It was horrible,” she says, remembering the travel restrictions the federal government had already placed around international travel. “I didn’t know if they were going to get home.”

Normally, her downtown neighbourhood bursts with the sounds of children playing in the streets, but while her family was gone and the lockdown having just begun, everything was curiously silent. Guha missed her family at the kitchen table, which is where so much of the family’s living, eating and sharing happens. Although she took all her meals in isolation for those two weeks, she says the table never felt empty—she shared it with all her work materials, which included both a large computer monitor and a laptop. In a stroke of luck, Guha’s partner and kids caught the last flight out of New Zealand, and the table was full of people again; “everything was how it should be.”

The new normal meant that the kitchen table quickly became cluttered by two parents’ worth of work materials and the kid’s homeschooling supplies. But Guha says there was comfort in the chaos, a feeling of solidity while so much outside fell apart. Unlike many families, the Guhas have always eaten their meals around the table, and their kids have always done mountains of crafts there, so gathering there through the dark days of March and April was easy, even beautiful in: “we sort of embraced that,” Guha says of their time spent drawing inward.

34, lives in Milton, Ontario with her husband and two kids, ages three and five For Anam Ahmed and her family to eat at their kitchen table these days, they first have to shove aside paints, LEGO, laptops, and whatever else has migrated there. “We hope nothing falls off while we eat…and then we just kind of move it all back,” Ahmed says.

Ahmed and her husband have set up their work laptops while their daughters play on, or even under, the table. Sometimes the pillows and blankets of a table fort remain for days, coexisting with the bustle of daily life. The kids lost in-person visits with their grandma, so they video chat with her for half an hour every day over lunch, the phone balanced on a napkin holder while the parents take a break. The table has become a place where needs and responsibilities are precariously balanced.

“It’s holding a lot, everything that it possibly can,” Ahmed says. “There’s lots of times where you kind of have to compartmentalise, and shove other things out of the way, so that you can focus on whatever the priority is in that moment.” Reflecting on how the table might mirror her pandemic experience, she says, “what my brain looks like is very similar, I’m sure, to what my kitchen table looks like.”

My table, recently decorated in white circles from putting hot canning jars on it, is messy, real, and full of life; it holds more than I ever thought it could. I know my family will move through this time in a similar way—imperfectly, but together, and with strength. 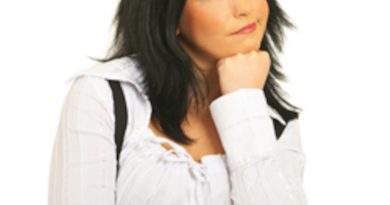 Will My Ex Come Back? 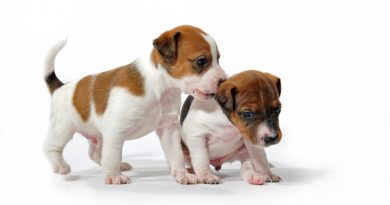 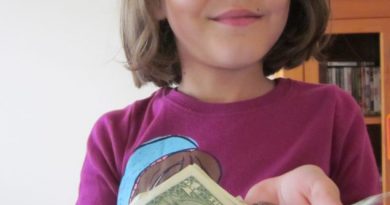 Teaching Your Children To Budget

The Nintendo Switch never goes on sale, but this bundle will look nice under the tree. Nov. 24, 2020Updated: Nov.

What is comprehensive insurance and what does it cover?

Why the Oxford AstraZeneca Vaccine Is Now a Global Game Changer